Totalitarian Propaganda in Harold Pinter’s One for the Road: Reading of Hannah Arendt’s Philosophy

This paper attempts to yield a critical reading of Harold Pinter’s One for the Road (1985) regarding the theorist Hannah Arendt’s writings. Seemingly, Pinter’s play is one of these pieces that clarifies the principles on which totalitarians depended to widely spread their regimes, notions and dominate the nation or nations. However, the attempt of the paper has been made in analyzing Pinter’s text considering Arendt’s philosophy. In accordance with One for the Road, it shows how the totalitarians behavior is, how they depended on torturing their prisoners, and how their victims were threatened. It tries to clarify how the citizens or individuals were under unlimited danger that surrounding them while governed by totalitarians. These attempts lead to figure out whether or not Pinter’s text and behavior of Nicolas is a propagandist. Moreover, the paper reveals whether terror is a very part of propaganda or not, and how terror ideologically affects an individual. 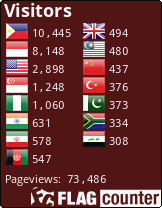